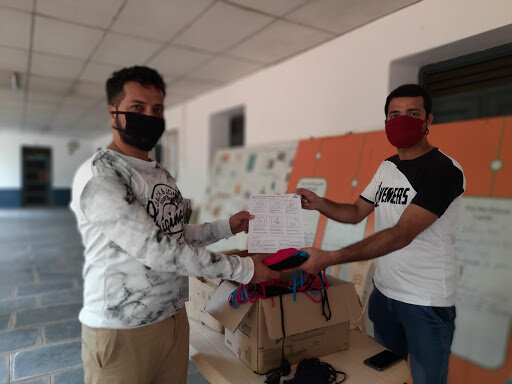 It is a difficult reality that we are living presently. The COVID-19 pandemic and the lockdown has had severe impacts on institutions across the country. A majority of offices and educational institutions have been forced to shift to an online medium of operation. This sudden shift has cost over 122 million people their jobs (as per estimations by the Centre for Monitoring Indian Economy). Furthermore, a report by UNESCO reveals that 32 crore students across the country have been impacted by the pandemic.

The consequences of this shift to an online mode are very different for both rural and urban communities. A study by the National Sample Survey Office (NSSO) in 2017-2018 reveals that (1) only 4.4% of the population in rural India had access to computers, (2) one-tenth of the households had people with the ability to use a computing device, (3) less than a quarter of the respondents had access to the internet via smartphone (4) 15 out of the 100 households had internet access and, (5) 16% of women in rural areas have access to internet facilities.

Another important thing to remember is that there is a gender gap in terms of access to digital technology and internet connectivity. A study by UNICEF shows that only 19% of internet users in the country are women. In the current situation, impact organisations across the country have the challenge of redesigning their existing interventions to support the immediate needs of the communities where they work. In many cases, ration distribution and other forms of support to those immediately impacted supersedes previous programmatic objectives. The reverse migration of the informal sector further adds to the needs of rural communities.

So, for impact organisations the question arises, how do programs function and adapt to this newfound reality? What should be the primary focus of impact groups? How do we proceed with work in a post-COVID reality?

To answer these questions, the seventh session of Samvāda: Dialogue for Impact engages in a dialogue with the founder of Think Sharp Foundation, Santosh Phad (TS), Summaiya Afreen the co-founder of Lakshya Jeevan Jagriti (LJJ), and Shreya Sinha, Head of Impact, IndiVillage (IV) on how they redesigned their programs to successfully address developmental issues in their respective rural communities.

For impact organizations, the immediate concern has been to provide some form of food or ration to people in the middle of the lockdown, who suddenly lost everything. LJJ was able to mobilise the support of local women in their communities to provide 400-500 meals a day, with the number of people only increasing by the day. Apart from the supply of food, LJJ identified other issues that affected its people as a result of the pandemic, such as lack of access to medical supply and sanitary pads. To reach out to the larger sections of the population, LJJ worked with local ASHA workers to provide support to people during the lockdown.

Similarly, during the initial phase of the pandemic, IndiVillage paused all its programs as a way to curb social interaction in the community and moved its youth workers from the livelihood centers to a work from home mode. It also distributed masks and educational handouts to beneficiaries, and educational resources to children of all beneficiaries.

With the lockdown and closing of schools, an important mechanism to reach out to children from rural communities has been lost. For marginalized groups, schools have become important because schools provide nutritional support to children through the mid-day meal system. There have already been bad consequences because of the closing of schools. Activists have observed that child marriage and child labour are increasing across the country.

Given this situation, it is essential to rethink educational programs to ensure that children continue education. TS has been working to improve the quality of educational infrastructure in rural areas and reduce the digital divide. An internal survey conducted by TS revealed that 85% of their students had access to digital resources in urban areas, whereas only 15% of their rural counterparts had access to digital devices. To ensure that students’ education programs continued uninterrupted, TS provided its students with tablets so that they had access to online courses. Apart from the regular curriculum, an interesting feature of their program was that students were also introduced to other courses like film making sessions. They also included a mobile monitoring application in the tablet to monitor the progress of students and ensure that the tablets were being used for the child’s education and nothing else.

Meanwhile, LJJ has also been addressing education-related issues in local communities. What the LJJ team observed was that there was a gendered divide in the access of technological resources between boys and girls. If there was a mobile device available at home it was mainly directed towards the boy’s education. LLJ specifically directed their attention towards the continuation of female education practice. They supplied 31 girls with mobile devices so that they could attend classes online.

During this stage, it is also important to engage children through fun and meaningful activities. IndiVillage reworked their reading program Storytelling Saturday for this purpose. Prior to the pandemic, community volunteers would visit a school in Yemmiganur and read elementary level stories to children. To introduce the program at home, the parents of the children had to take on the role of the reader. Black and white storybooks were distributed along with crayons so that the children could colour into the pictures and engage with the story in a meaningful and fun manner.

Apart from the educational impact, the pandemic has also had serious implications on women across the country. The lockdown saw an increase in the gender division of labour in the household activities. A study by Azim Premji University revealed that in the informal sector (which is the highest employer of women), more women lost their jobs as compared to men. To add to the fright, there has also been an increase in gender-based violence across the country.

To address this gender-based violence in the middle of the pandemic, LJJ introduced a series of financial planning workshops, to develop financial literacy amongst women so that they can rigorously track their monthly expenses. LJJ also introduced a series of sessions to address the mental health needs of women who have been experiencing added environmental stressors with the current pandemic.

For the successful implementation of community projects, a collaboration between several stakeholders proved to be the key. Apart from corporate entities both TS and LJJ received a lot of support from individuals through donations or through kind. TS and LJJ both raised funds for their projects through the contributions of individual donors in crowdfunding platforms like Ketto and Milaap. Education programs also received support from individual volunteers who took up responsibilities which included teaching or fundraising. Similarly, IndiVillage engaged interns who contributed to COVID response, and community development related initiatives.

One great source of support for organizations was community members themselves. LJJ raised the example of auto drivers, who followed social distancing protocols and actively participated in volunteer distribution. Women also came together on a voluntary basis to cook for the needy during this time of crisis. Collaborations of different kinds with different stakeholders included corporate entities, government personnel, individual donors, and community members who themselves paved the way for the successful implementation of programs. This has been the most important parting lesson moving forward.

Tell us the lessons that you have learned while redesigning programs during the pandemic. Write to us at samvada@indivillage.com or connect with us on any one of our social media channels. 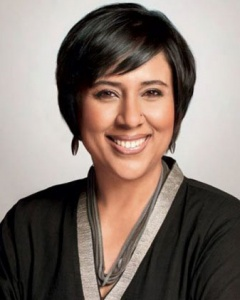 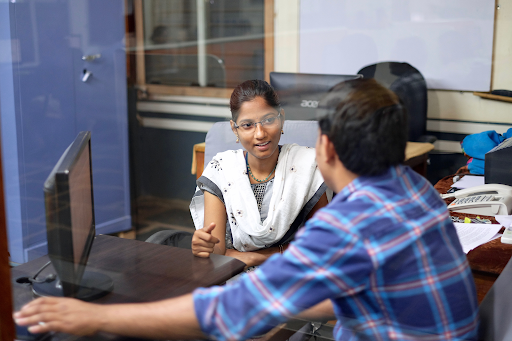 Rural Reset Reality: Partnership as a driver for change 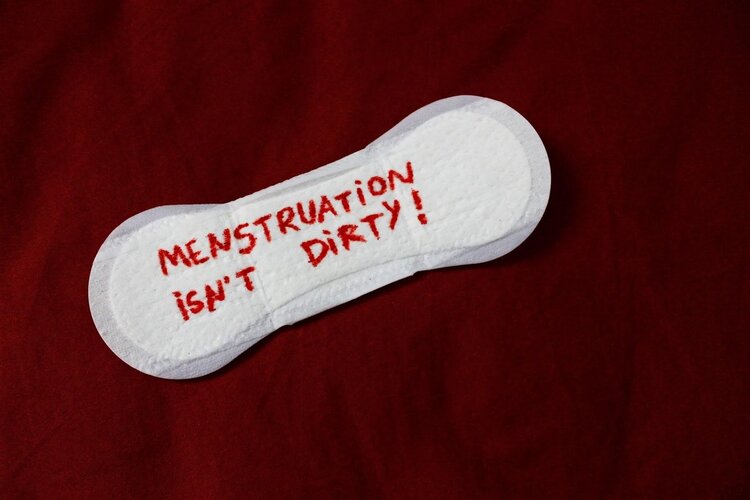 Universal Menstrual Care: It’s on All of Us